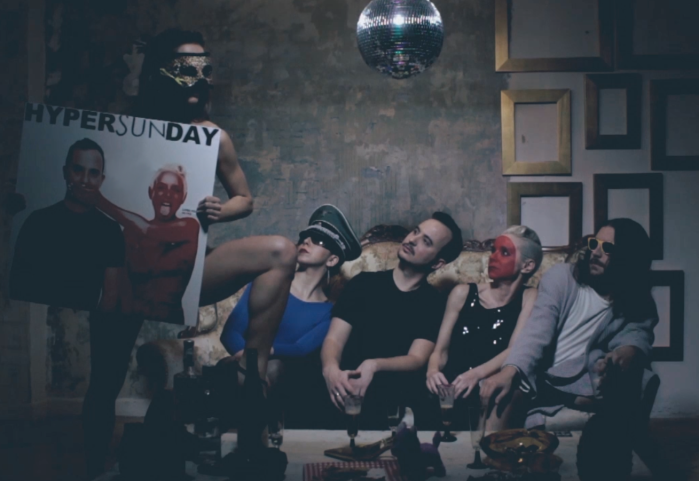 Six years ago, September 2014, we released our first video for ‘About’, they main track of the first Hypersunday album, ‘Commedia-Intro’. The process was full of ‘little’ accidents: the main lamp broke (you can feel that ‘special darkness’ in the set); the disco ball nearly ripped NIET!’s head off, the album’s cover that held the stipper was bent… But we and all those kind friends did it! If you didn´t watch this craziness six years ago, this is the moment! You´ll like it!